Organic Systems Are The Future Of Life On The Planet

Organic farmers know how to work with the soil, the sun, and plants to manage fertility, pests, and disease through soil health and biological diversity. This is security. It is our resiliency and redemption.

This soil is ancient. The mineral parent rock once sat naked. Time and water, sun and cold broke the rock into stones, the stones into dust. For a very long time the earth sat aging, then the life process started, and living soil was created. Thousands of years of plants have left their condensed energy and captured time stored in the organic matter. Farming it in present time is a relationship with the past. Excerpt Turn Here Sweet Corn: Organic Farming Works. © 2012 Atina Diffley

So simple and freeing, yet as a human society we have malformed this basic life process into a vulnerable and centralized system, a convoluted industrial process completely dependent on fossil fuel-based inputs, bound by patents on life forms, and controlled by corporate domination.

What was it like for the first settlers to pick up handfuls of virgin prairie loam? What did it smell like? What happiness did they feel? If soil was virgin, what is farming? Do we choose a love affair, or is it a coarse taking? –Turn Here Sweet Corn

Organic agriculture provides solutions to many of the major challenges facing humans and the planet today—including climate change and peak oil.

In the last decade, scientists have come to an overwhelming consensus that the world has entered an era of rapid global climate change, much of which is attributable to green house gas (GHG) emissions from human activity. Agriculture and the food we eat is a significant contributor to this problem.

Conventional agricultural systems reliant on off-farm inputs require enormous amounts of fossil fuels to mine, manufacture, transport, and apply fertilizers and pesticides. These processes release green house gasses. The Intergovernmental Panel on Climate Change reports that agricultural land use contributes 12% of global GHG emissions. The U.S EPA estimates that once on soils, synthetic fertilizers generate over 304 million tons of GHG emissions each year.

IFOAM Report: Organic Agriculture can significantly reduce carbon dioxide emissions. This is mainly due to the following factors:

Climate change has brought with it erratic shifts in temperatures and precipitation, and increases in violent storms. This presents a serious threat for agricultural production.

Organic fields are better equipped to store and use water. For every 1 percent of organic matter sequestered, the soil can hold roughly 16,500 gallons of plant-available water per acre of soil down to 1 foot deep.

At Rodale, organic corn yields were equivalent to conventional in an average year. In years of drought, organic yields were 31% higher! A thirteen-year side-by-side comparison at Iowa State University confirms what has been demonstrated at Rodale. Organic fields consistently produce higher yields than conventional during droughts and extreme conditions.

Organic systems are the only approach that will be able to feed the world in the face of climate change, natural resource scarcity, and growing demand. We need the resiliency and renewability provided by carbon-based fertility as the foundation of agricultural systems.

The commoditization, genetic distortion, and chemical input of our food and farming systems have taken the food power away from the very people who need it the most. Today the world’s farmers produce 4600 calories per person per day, enough to feed twice the present world population. The challenge is not yield, but access, affordability, and stability.

To create world food security we need decentralized, organic systems that support local economies. To solve world hunger, farmers in developing countries need freedom from dependence on external inputs such as genetically modified seeds, chemical pesticides, and fertilizers which they can’t afford, and which are going to become more expensive since they are based on fossil fuels, a finite resource, which destroys their already fragile soils.

The words “economy” and “ecology” both  stem from the same Greek root, oikos, meaning “house.” It is not possible to have economic sustainability with economical sustainability. The earth is the home of all life on it. What we do in nature we to ourselves.

We hear often about the importance of protecting biological diversity—it’s not just about exotic life forms, not just a question of habitat and endangered species protection—it’s also about us. And our food supply.

Organic farmers build biodiversity as the cornerstone of the farming system, which in turn provides “eco-system services” to society.

The Definition Of Ecosystem Services Is Simple:

But the services themselves are complex and crucial to the future of life on the planet. They include:

Habitat loss through farming is the leading cause of both species extinctions and ecosystem service decline. Managing the land with organic methods preserves its ecosystem while also contributing food to the community. 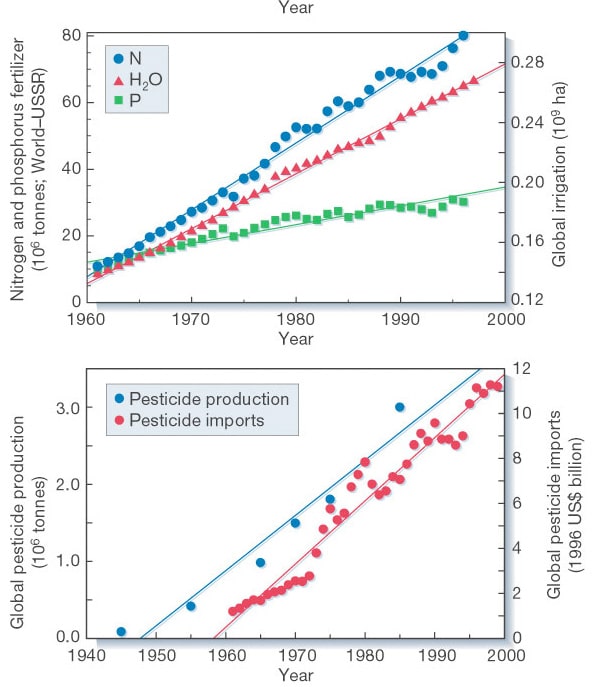 High applications of fertilizers and pesticides can increase nutrients and toxins in groundwater and surface waters, incurring health and water purification costs, and decreasing fishery and recreational values.