In 1991, filmmaker Helen De Michiel's  award-winning documentary, Turn Here Sweet Corn was released. With its focus on organic farming and the loss of greenbelt farmlands to suburbia, it focuses on how the Diffley Family was struggling in those years to keep Gardens of Eagan from being sold to housing developers. The film interweaves the particulars of this Minnesota family with an evocative contemplation about the future of family farming in a new era of rural culture.

“At one time owning land provided opportunity.  Now...it's the selling of land that brings rewards...this poignant documentary defines the perilous agricultural situation and reaises questions on the ultimate cost of progress.”  Booklist 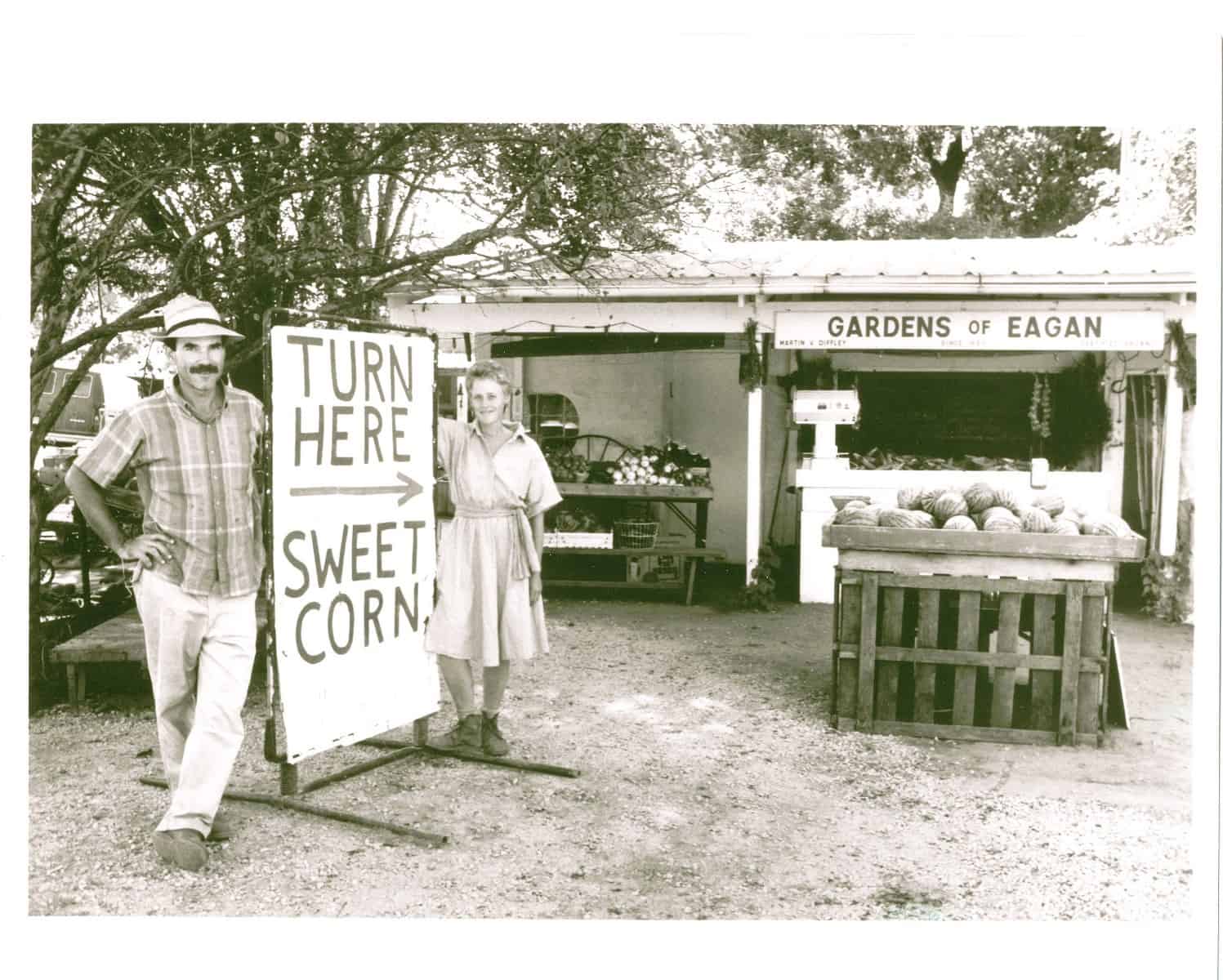 This poetic documentary is a moving account of the loss of a 136-year-old family farm to the demands of urban development. Through the eyes of Martin and Atina Diffley, who run a small organic vegetable business from their farm, we see the land as a living thing, Martin, amid swaying corn stalks, gathers corn with his young daughter Liza. Atina, with their small son helping at the vegetable stand, comments somberly, “Every year is our last. The land is worth a lot of money.” As suburban expansion heads their way, land values increase, taxes go up, and the pressure to sell grows. Even so, the Diffleys continue to plant seedlings, till the soil, reap a harvest, and make a very modest living.

Martin visits neighbors who have sold their farms to developers - their houses are now surrounded by asphalt, sidewalks, and suburban tract homes. Ultimately, the economic pressure is too great and the Diffley farm is sold. To commemorate the sale, several generations of the Diffley family gather outside for a meal around a large table. Family stories are told, and a dialogue evolves between Martin and a cousin. She weeps for the loss of the family land, but acknowledges its inevitability, which she “knows as an urban planner.” She wistfully hopes maybe sometime the land might be returned to farming. Martin replies that it will never be, once the rich topsoil is removed by bulldozers.

This is an unusual and powerful documentary. The images are striking: in addition to documentary footage, there are shots - almost stills - of large black and white “farm-for-sale” photos pinned to rows of tomato plants, and news articles about development lay in the dirt as if churning up the soil. Voices comment during the course of the piece, “There is paradox in paradise,” and “The cornfields are being colonized by shopping malls.” This is the kind of documentary which can fundamentally change how you view the world. As an urbanite, it made me feel much closer to the land.

From a review in The Guide to Environmental Film and Video, 1990.